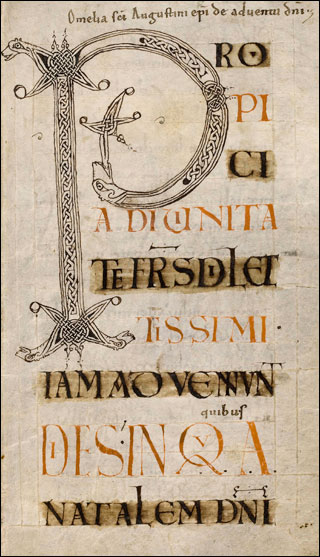 The manuscript consists of two originally independent parts: Fascicle I (foll. 1-19) was written in the 1st half of the 9th century in Mid (?) or South (?) West Germany, fascicle II (foll. 20-133) was written around 800 in Reims.Both fascicles were probably held in the library of Abbey Lorsch.